Do you brush your teeth in the morning? How about when you go to sleep at night?

Well, if you’re like most of the world, you partake of the scrubbing foam ritual at least once a day.

But only because you’ve been brainwashed. By a marketing exec named Claude Hopkins.

In the early 1900s, so many of the young men drafted in World War I had rotting teeth that the Army noted poor dental hygiene as a national security risk. And Hopkins was recruited by an old friend to help Pepsodent address the challenge.

It wasn’t that Hopkins invented toothpaste. That had already been around for many years. Nor did he focus on the health benefits of brushing. That, too, was already common knowledge.

Yet within a few years, Hopkins was able to convert 60% of the nation’s population into daily tooth brushers. That’s a staggering jump rarely, if ever, seen since.

How did he do it? He played on our vanity.

Hopkins learned of the naturally-occurring mucin plaque coating teeth, which he called “film.” So what? This film had always been there and no one had cared. But when Hopkin’s launched a marketing campaign with ads such as the following, everything changed: “Millions are using a new method of teeth cleansing. Why would any woman have dingy film on her teeth? Pepsodent removes the film!”

What Hopkins and Pepsodent failed to mention is this: you can get rid of the film by eating an apple or swirling liquid around in your mouth, or even running your finger over your teeth. There is absolutely nothing special about Pepsodent, or any other toothpaste for that matter. But we’ve come to associate suds on our teeth with a healthy, fresh, attractive mouth.

The suds do nothing but create the illusion of cleansing. We’ve been duped by brilliant marketing.

Which really isn’t all that surprising given our mindless compliance to marketing maven par excellence, the ego.

Everything we believe - everything - is the result of exceptional advertising on the part of the ego. From A Course in Miracles:

You really think that you would starve unless you have stacks of green paper strips and piles of metal discs. You really think a small round pellet or some fluid pushed in to your veins through a sharpened needle will ward off disease and death. You really think you are alone unless another body is with you. (W-pI.76.3)

The deception is so complete that we know of no other alternatives. And unfortunately all our pain, all our sadness, all our distress come from adhering to the ego’s proclamations.

But once we understand the setup, we realize the suds do nothing. Then we open ourselves to a new way of seeing. All our experiences change, pain replaced by peace.

Join me in Thursday’s class where we’ll explore the nature of the ego’s “marketing techniques” and how we can see through them to experience greater joy. I look forward to seeing you then. 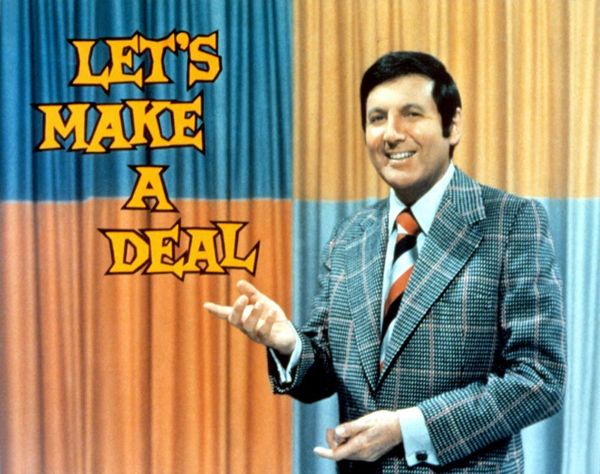 Let’s Make a Deal was a popular game show when I was young. While the show never captured my interest, I was inspired by contestants willing to risk everything 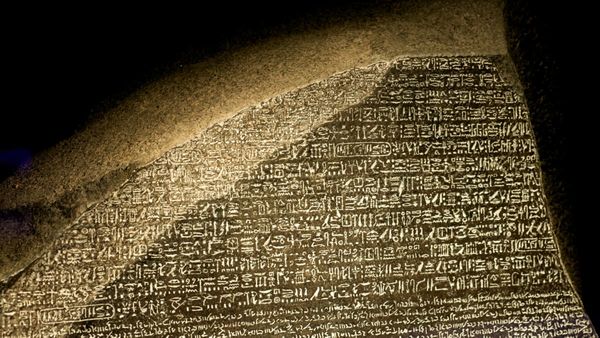 I studied French for a few years in high-school. At first the language seemed so strange. The words, and particularly the sounds, were quite difficult to understand and reproduce. But