The most popular card game in the world is poker. Specifically a variant known as Texas hold ‘em. Players compete against each other using various betting strategies, wagering that their poker hand will beat the others.

The hold ‘em part of the name comes from the fact that you, as a player, don’t have any choice over your hand. You are dealt two cards face down (known as hole cards) and then five community cards face up that are available for every player. The best five-card poker hand from any combination of the seven comprises your hand.

And Texas is the state in which the game was invented in the early 1900s.

Popularity of this game soared in the 2000s, primarily as a result of online gambling and internationally televised competitions.

The best poker players all have one particularly unique skill. Yes, they are all good at rapid statistical analysis. Yes, they are patient, staying intensely focused for long periods of time. And they are quite capable of making rapid decisions under pressure.

But what really separates great poker players from the masses is this: they are good at spotting a tell.

A tell is a subtle, unconscious behavior that your hand is good or bad. It could be the twitch of an eyebrow. A voice inflection. Breathing change. The direction of one’s gaze. Anything. And once a good poker player has spotted your tell, you’re finished.

The best players are not only good at picking up on tells, but they are also adept at hiding their own.

And there is one poker player who stands far above the rest. While you would not have seen him at any of the World Series of Poker tournaments, nor does he have a catchy poker nom de plume, you’ve heard of him nonetheless.

In A Course in Miracles circles he is known as the ego.

Life is like a giant poker hold ‘em tournament. The supposed birth lottery dealing us our two hole cards and fate the five community cards. And each round we’re playing against the ego.

What makes the ego so formidable is this: he convinces us we can win if we get more chips. Which, to us, means more money, better bodily health, improved relationships, less toxic boss, reduced international strife, and anything else we think would make us happier - or, at least, less unhappy.

While never realizing the ego has an ace up his sleeve. Actually, five aces.

Thus no matter how good our cards or the size of our chip bankroll - we can never win. Yet like desperate gamblers we keep playing the game, clinging to hope that the next hand will be better. The next elected officer. The next job. The next relationship. The next market trend. The next medical report. The next life.

Until we discover the ego’s tell.

At which point, everything changes.

Each time the ego convinces us the game is worth playing - ie. that happiness can be found in the world - he leaves behind a clue. A small remnant of his deceptive endeavor. And it is this: we have an emotion.

Every emotion we experience is a result of the ego’s subtle, sinister transference. Each emotion further convinces us the game is real and that its outcome matters.

But when we spot the tell - meaning: we catch our emotion - then the game is over. Becoming the observer of thoughts and emotions, rather than the experiencer, we step away from the table and into the realm of unconditional peace.

Join me in Thursday’s class where we’ll explore the deceitful nature of the ego and how we can use its tell to lead us to the source of true joy. I look forward to seeing you then. 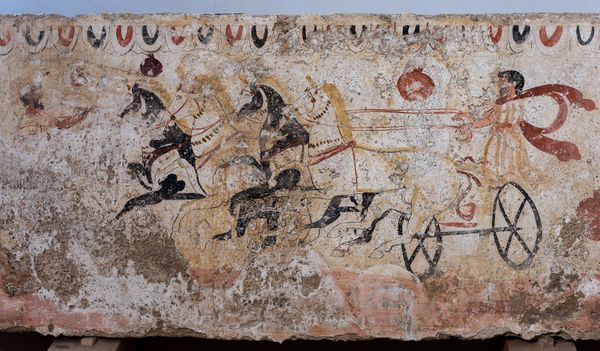 When I was a young boy, I took up the trumpet. For about twelve weeks, and then I quit. The instrument was too hard, and I hated practice. In my

Before Youtube, Twitter, and Netflix, before the internet, and even before cable TV the only streaming media was regular broadcast television. Where I grew up, my programming options were limited