The original trial of the century took place in Athens, Greece - and lasted one day. The defendant stood on capital charges for corrupting the morals of the youth. A jury of 501 men, as was the legal custom at the time, voted by an overwhelming majority to convict.

The prosecutor insisted on the death penalty for this unpardonable sinner. The sentence - death by poison hemlock - was passed by an even greater majority than the original conviction.

What heinous, despicable acts had the accused committed? He taught people to think.

And thus transpired the trial of Socrates in 399 BC. And shortly thereafter, the founder of Western philosophy would be dead.

What made Socrates such a threat to the establishment was his insistence on questioning everything. He stimulated critical thinking with the goal of exposing underlying presuppositions. In one instance, Socrates suggested the usual practice of making sacrifices to the gods (or even a God) was pointless, particularly when driven by the hope of receiving a reward in return. He argued one would be better served seeking religious experience by self-examination.

The Socratic method, as it later became known, is a form of collaborative debate. Asking and answering questions to draw out ideas in order to elicit truth. Socrates firmly believed the truth was within everyone and that such methods could be used to reject the folly of the false.

Immediately prior to his scheduled execution, Socrates was offered the opportunity to renounce his methods and exile himself from Athens. To which he responded with his now famous dictum, “The unexamined life is not worth living.”

Socrates would rather die than be prohibited from self-examination. He lifted the chalice, drank the poison hemlock, and collapsed from this world.

While his unjust demise deprived us of perhaps another decade or two of Socratic wisdom, his method of logical argument through examination and thinking live on. One form in particular: the arcane, obscurely titled treatise known as A Course in Miracles.

The course’s use of Western spiritual symbolism belie a philosophical discourse on, and practical application for self-examination. By questioning all assumptions via the Socratic method, misconceptions may be exposed and gently rejected. Thereby allowing truth to ascend.

Socrates held that while no human can reach wisdom, seeking it is the most principled and honorable practice one can undertake. Paraphrasing from the introduction to A Course in Miracles:

This course does not aim at achieving wisdom, for that is beyond what can be taught. It does aim, however, at removing the blocks to the awareness of wisdom, which is your natural condition. (T-in.1)

In a sense, we all hold Socrates’ counseled guidance in one hand and the Sophists’ poisoned chalice in the other. Each time we find ourselves caught up in the goings-on of the world, our body, or the bodies of others - we take another sip of separateness.

Yet when we offer a little willingness to “seek what is true in us”, the light of oneness shines forth. By gently looking at all certain suppositions with an inquiring mind and soft heart we take another step toward wisdom, toward awakening, toward true happiness.

The philosopher’s way is richly rewarding; the examined life most definitely worth living. In fact, it is the most meaningful endeavor to which we may commit ourselves.

Join me in Thursday’s class where we’ll explore the nature of Socratic questioning vis-à-vis the course’s teachings - and how we can use those practices to experience peace. I look forward to seeing you then.

Jason Zweig is a finance columnist for the Wall Street Journal. Several years ago he shared a bit of wisdom gleaned from his father. “There are three ways to make 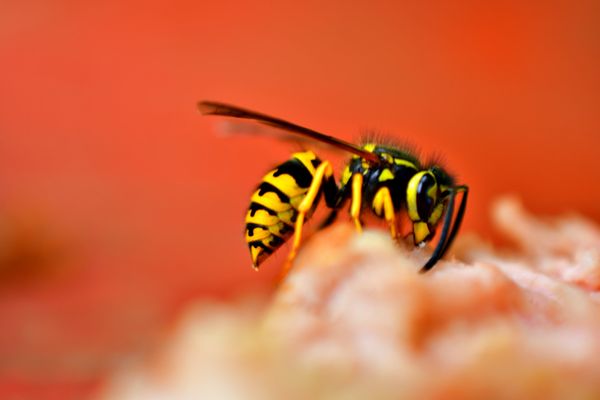 It was a lazy Saturday morning. One in which I could sleep in late. Classes were done for the semester. No imminent papers or exams tortured my thoughts. In the