Over the years many companies have used this slogan as a way to provocatively engage potential customers: “The gift that keeps on giving.”

It began with Victor Radio in the 1920’s as a way to promote their audio products. RCA picked it up during 1960’s Christmas seasons to popularize color televisions. Kodak adopted the slogan in the late 1970’s. And in 2016, Godiva marketed their gourmet chocolates in “the box that keeps on giving.”

It’s a catchy, clever concept that sells well during holidays.

But it’s also a perfect description of the moral emotion we call guilt.

Which begins with the mistaken belief that we separated from oneness — the erroneous idea we could sever our connection to Source. Taking this preposterous idea seriously inevitably leads to a sense of having violated a universal moral standard. And thus we present ourselves the recklessly wrapped gift of guilt.

Oneness now supplanted by duality, our self-hood proof of subversion.

The guilt is so enormous we have no choice but to repress it on behalf of self-preservation. Freud, who deeply understood the nature of mind, considered this unconscious guilt to be “the most powerful of all obstacles.”

He also recognized that this repressed guilt must be projected out in an attempt to lessen the intensity of lamented remorse.

All judgment has guilt as its source. It’s a maladaptive method of seeing error or evil outside ourselves in a futile attempt at perceiving some sort of innocence within.

By seeing the guilt in another, we magically cleanse our souls. Without realizing we are simply reinforcing and multiplying the regret within. And thus the "gift" that keeps on giving. Holiday or no holiday.

But thankfully there is a way out of this horrendous succession.

And that’s by recognizing the source of all guilt: a mistaken belief in the mind. A Course in Miracles uses the word ego to label this dysfunctional thought system. And the process of undoing the ego is simply withdrawing our belief. Which we do by looking at all our ego thoughts with gentleness and without judgment.

Through compassionate observation of our continual choice for the ego, we undo the seemingly massive mountain of guilt. The result of which is a blissful peace and all-encompassing love that embraces us and everything we contemplate.

In this moment we’ve accepted and shared a truly glorious gift that touches and heals all.

Join me in Thursday’s class where we’ll explore the sinister nature of guilt and how we can make a different choice that undoes all its effects. I look forward to seeing you then. 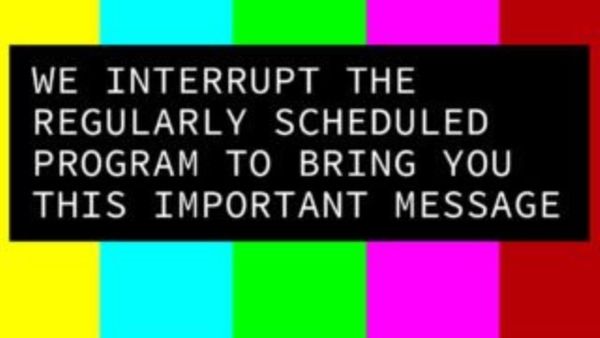 Before Youtube, Twitter, and Netflix, before the internet, and even before cable TV the only streaming media was regular broadcast television. Where I grew up, my programming options were limited

The Stoics of antiquity deeply understood the nature of mind and our experience of what we call “reality”. Marcus Aurelius counseled: “You have power over your mind, not outside events.