In the late 1980s, a woman in New Jersey played the lottery and won $4 million. She played again four months later and won another million dollars.

What are the odds?

Mathematicians put it at 1 in 17 trillion!

But it turned out they were wrong. Way wrong. It’s actually 1 in 30.

While it’s true that if one person plays the lottery, their odds of hitting twice like that are indeed 1 in 17 trillion. But if 100 million people play the weekly lottery (which is the case in America), the odds of someone twice hitting big are 1 in 30.

That’s the law of large numbers. They are bewildering and bewitching.

A natural question to ask is, “Why?” Why is the universe so large, particularly when most of it is empty space?

The law of large numbers.

The reason the universe is so colossal, so mind-bogglingly large, is to do just that: boggle the mind.

But I don’t mean that in a philosophically obtuse, rhetorically recursive way. Rather, the universe was made to be intentionally incomprehensibly large. For the purpose of holding the experience of projected guilt.

To understand, we must momentarily step outside of time.

Every one of us believes we are a self. A differentiated, distinct self. Amongst many other “selves” - some animate, some inanimate. Many, many selves.

Part and parcel of identifying as a self is an implicit rejection or denial of oneness. You cannot simultaneously hold the belief in self and oneness. Each refutes the other.

And buried deep in the unconscious belief in self lies a dark, dreadful implication: the complicit destruction of oneness. For there to be a discrete “me”, infinite oneness had to be sacrificed.

Imagine the magnitude of the guilt that must accompany such a belief.

And as any first year psych student - or anyone in a relationship - quickly learns, guilt has one inevitable consequence: projection. Guilt must be projected out.

That is why we sense an unimaginably massive universe. To hold our experience of guilt.

Once you were unaware of what the cause of everything the world appeared to thrust upon you, uninvited and unasked, must really be. Of one thing you were sure: Of all the many causes you perceived, your guilt was not among them. (T-27.VII.7)

A vast universe accomplishes the goal of holding the experience of projected guilt - and keeping our attention riveted. And oh how well it works!

But there is another way of looking. One that collapses seemingly quasi-infinite space. One that transcends the law of large numbers. One that undoes all guilt. One that leads to peace.

Join me in Thursday’s class where we’ll explore these paradoxes, how we can make sense of the nonsensical, and how we can experience true happiness. I look forward to seeing you then. 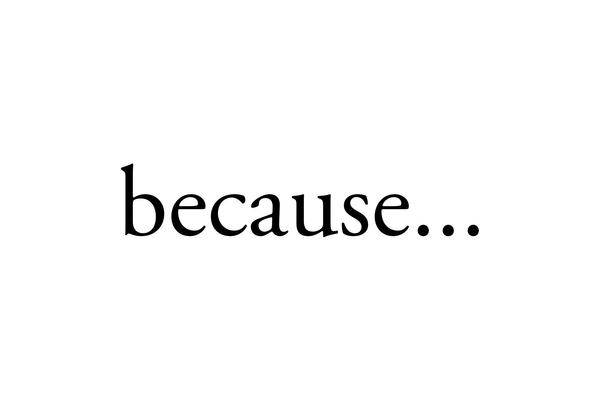 Beginning around ages 2 or 3, children attempt to satisfy their worldly curiosity by asking “Why?” Why is she sad? Why can’t I have this? Why do I have

The Roman poet and lyricist Horace is best known as the world’s first autobiographer. His words are delightfully soaring in scope, often stirring the emotions. And rousing the intellect.